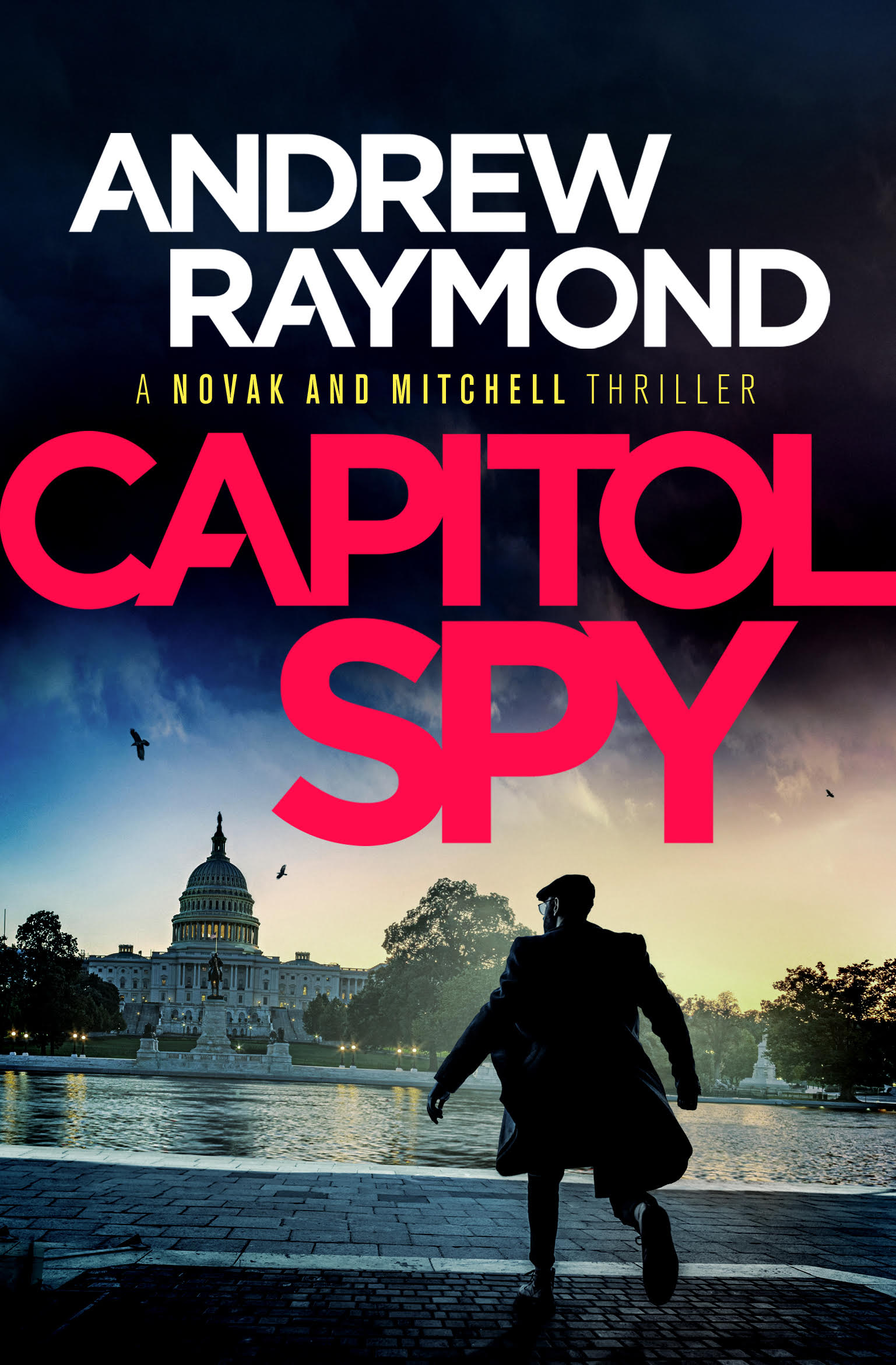 Novak and Mitchell are close to exposing a Russian spy in Congress. But a ruthless assassin and a deep-state organization will do anything to stop them.

In Washington, D.C., Russian reporter Andrei Rublov has uncovered the biggest story of his career: a US congressman is spying for the Kremlin. But before Rublov can reveal who, he dies in a seemingly tragic accident.

As Tom Novak and Stella Mitchell investigate, a woman from Novak’s past offers a chance at breaking the story. But now Russia’s ruthless FSB have her in their sights, and time is running out.

With a powerful deep-state organization pulling strings across the globe, and an expert assassin closing in, Novak and Mitchell must lay everything on the line to identify the mole – and unlock a conspiracy decades in the making.

Take a deep breath and hold on for Capitol Spy’s breathless action sequences and Andrew Raymond’s trademark diabolical twists, in Novak and Mitchell’s most personal investigation so far.