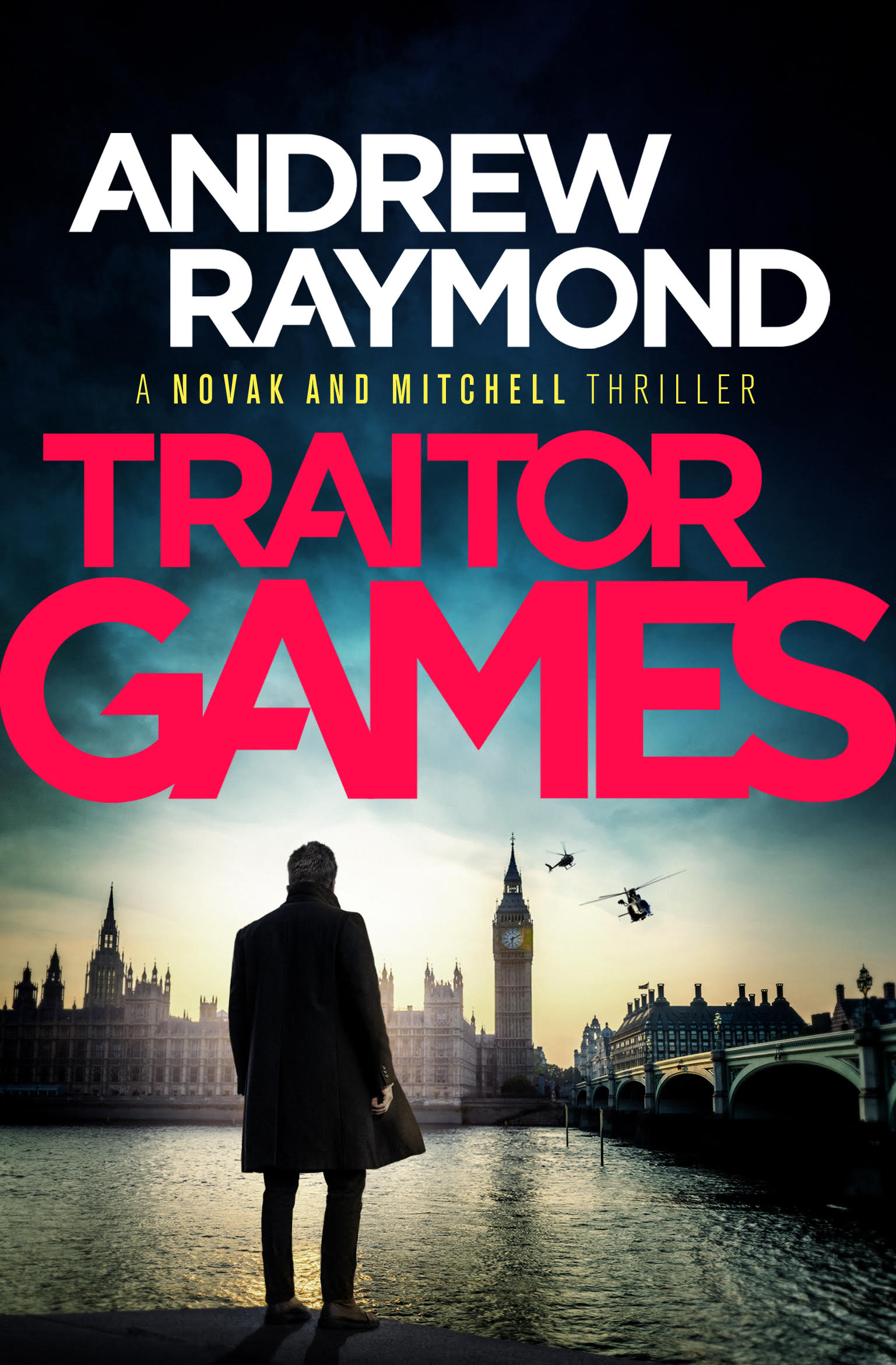 The British Prime Minister’s police protection unit has been infiltrated by rogue officers. The threat is unprecedented. For Novak and Mitchell, the consequences are unthinkable.

Prime Minister, Angela Curtis, faces a threat like never before: resign, or the British establishment will face three days of increasingly audacious terrorist attacks. But if Curtis wants to save lives – and her political career – she must confront the darkest secret from her past.

When fearless reporters Tom Novak and Stella Mitchell uncover evidence linking the attacks to the biggest story of their careers, they have one last chance at exposing a traitor at the heart of government. But this traitor won’t go down without a fight. Or blood being spilled.

With a ruthless assassin on Novak and Mitchell’s trail, the conclusion of an astonishing conspiracy is in sight. But the clock is ticking, and the stakes have never been higher – or more personal.

In this endgame, nobody is safe.

Traitor Games takes you from one thrilling sequence to the next, with Andrew Raymond’s trademark diabolical twists. From the author of bestseller Official Secrets, don’t miss out on Novak and Mitchell’s most epic story yet.